Philosophy is about finding the meaning of life, uncovering the deepest secrets of the universe, and reflecting on the nature of justice and your role in society.

Everyone does philosophy. Everyone wonders whether there can be life after death, or what our moral obligations to our neighbors are, or what it means to be a good citizen, or whether God exists, or when we should trust science. Philosophy is a part of being human, and so it’s practical and relevant to everyone.

But there are many other practical benefits as well.

Spring Hill College’s small class sizes and flexible course offerings allow us to tailor teaching and mentoring to the needs of each student, not only within a single class but across the curriculum. In the spirit of our Jesuit humanities core, many students take two or more courses with the same professors, working with us throughout their college career to address the fundamental questions about truth, meaning, human nature, and the values and commitments that give shape to our personal, political and spiritual lives.

Our majors are bright, enthusiastic and collaborative. Interviews with employers in a wide variety of fields show that SHC philosophy majors stand out in their ability to gather and synthesize vast sources of information, solve new and complex problems, and speak persuasively to issues of vital importance to whatever career they are pursuing as job applicants and employees. 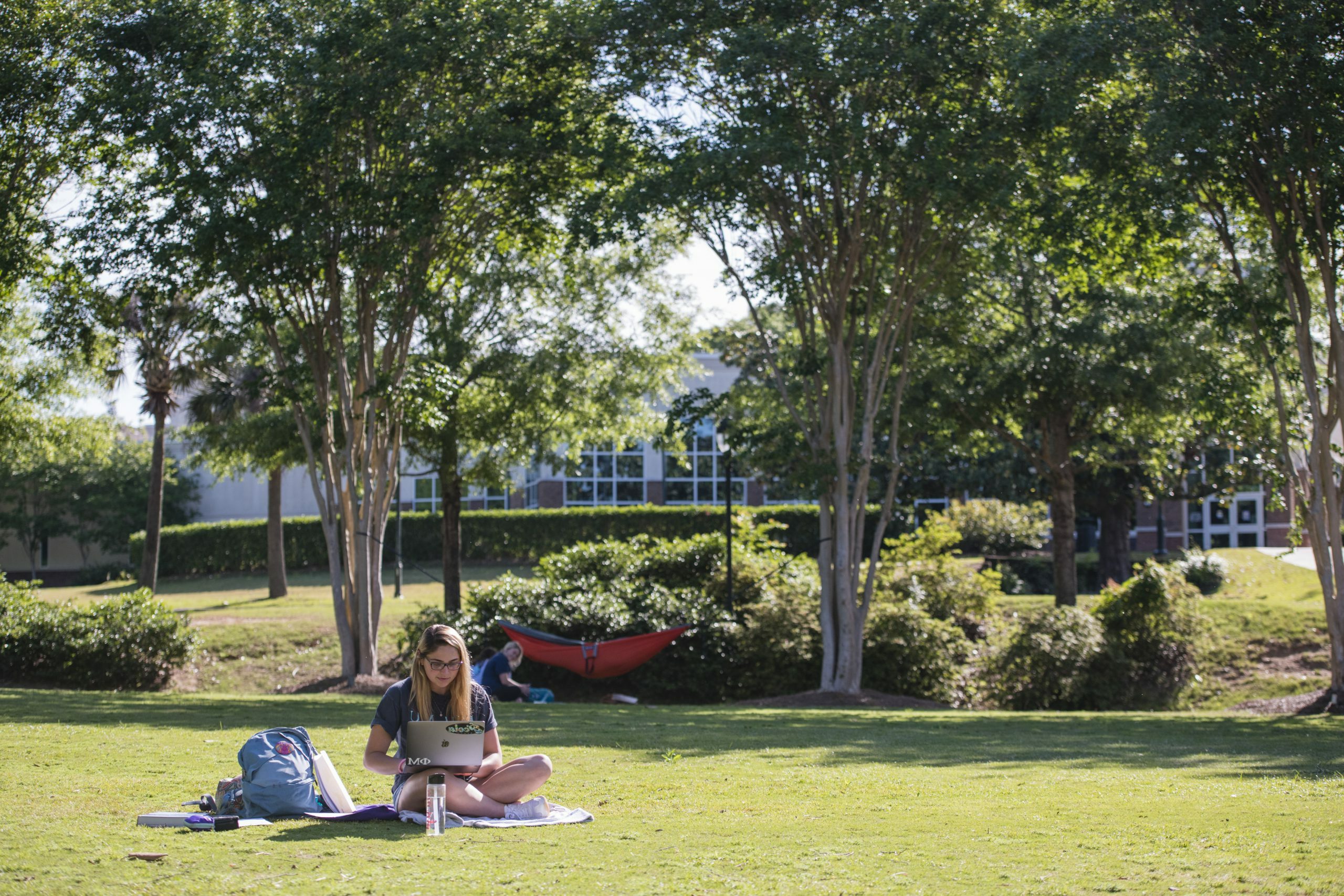 Michael Ferry received his BA from Saint Joseph’s University and his PhD from Georgetown University. His teaching and research interests are mainly in the areas of moral and political philosophy, including medical ethics and philosophy of law.

Chelsea Haramia received her BA in philosophy from the University of Illinois at Chicago and her PhD in philosophy from the University of Colorado at Boulder. She is co-editor of the journal 1000-Word Philosophy and author of multiple journal articles, book chapters and public philosophy pieces. Her current research focuses on the ethics of science and technology and on philosophical, ethical and feminist analyses of space exploration and the search for extraterrestrial life and technology.

Daniel Massey received his BA from Arkansas State University and his PhD in philosophy from the University of Connecticut. His philosophical interests include ethics and the practical importance of philosophy, truth and logic and the philosophical traditions of China and India.

Thomas Metcalf received his B.A. at the University of Washington, Seattle and his Ph.D. at the University of Colorado, Boulder. He mainly teaches Business Ethics, Markets and Morality and Philosophy of Human Nature. His published articles and conference presentations are mostly in the areas of philosophy of religion, philosophy of science, social-and-political philosophy and metaethics. He is also the director of the program in Philosophy, Politics, and Economics and the Faculty Director of Assessment.

History of the Department

Philosophy has a long and glorious history at Spring Hill College.  In fact, once upon a time, all students were required to be philosophy majors.  According to K. Heusner, in the 1884 Album of Spring Hill College, “Philosophy teaches us that the actions of rational beings is merely the tendency to reproduce some exemplar which they have already conceived in their minds”. In layman’s terms, the inimitable Heusner has hit upon the very foundation of the Philosophy Department of Spring Hill College: teach students how to think and to articulate the thoughts they’ve been having their whole lives.

Philosophy has been an integral part of the core curriculum of Spring Hill College since the school’s founding. In the catalog of courses from 1900, Astronomy, Mathematics and Chemistry were included under the Philosophy Class for the course of studies prescribed to achieve a degree of Bachelor’s of Arts.  Even earlier, in 1856-1857, natural and moral philosophy, logic and metaphysics were an integral part of the Classical Course, which was considered to be part of “a complete education”.  Naturally, the course of study that is taught today at Spring Hill is very different from the courses taught at the beginning of the College’s history, but Philosophy continues to be a mainstay of the liberal arts Core curriculum of SHC. Students from the first century of the history of the College would find the Philosophy Department to be very different, although some courses would still remain familiar. After all, philosophy is an ancient practice, but continues to change as history moves forward.